Welcome to my article all about how to clean your carpet with hydrogen peroxide!

Carpet stains can be difficult to remove. Once stains set into your carpet, they can work their way through the fibers sometimes even reaching the mat and floorboards.

But fortunately, there are certain solutions that can get them out, like hydrogen peroxide.

Hydrogen peroxide is a chemical compound made up of 2 parts oxygen and 2 parts hydrogen.

It can be used as an oxidizer, a disinfectant, and a bleaching agent.

Below I’ll discuss different ways you can use hydrogen peroxide to clean your carpet, and answer some commonly asked questions.

But first, let’s talk about why you might want to consider using hydrogen peroxide to clean your carpet in the first place.

Why Hydrogen Peroxide for Carpet Cleaning?

Hydrogen peroxide is an effective cleaner because it breaks down organic compounds.

It also has antibacterial properties, so it kills bacteria and makes your carpet stay cleaner longer.

It will also eliminate odors. It is inexpensive and easy to find.

You may be skeptical about using hydrogen peroxide to clean your carpet, but the truth is, it’s found in a lot of cleaners.

Hydrogen peroxide’s ability to break down organic compounds makes it an oxidizer.

So if you see cleaners that have the term ‘oxi’ or ‘oxy’ in them that’s just another way of letting you know it contains hydrogen peroxide, or sodium percarbonate which works in a similar fashion.

Will Hydrogen Peroxide Bleach My Carpet?

Hydrogen peroxide is known for its bleaching abilities.

So, will it bleach your carpet? It depends on the concentration.

If the hydrogen peroxide has a concentration greater than 6%, it will most likely bleach your carpet.

But most supermarkets sell hydrogen peroxide with a 3% concentration. So, the varieties you find are not likely to do any damage.

Concentrations of 6% or more are usually used for commercial purposes.

However, even weaker concentrations of hydrogen peroxide could cause discoloration, especially if you are using it on set in stains.

To be safe, I suggest trying your hydrogen peroxide cleaner on a small section of your carpet that’s normally hidden first, to determine if it will cause bleaching.

Another option is to put the peroxide on a Q-tip and then swab the rug. If no color transfers, it’s likely that the cleaning will not discolor your carpet.

How To Use Hydrogen Peroxide To Clean the Carpet 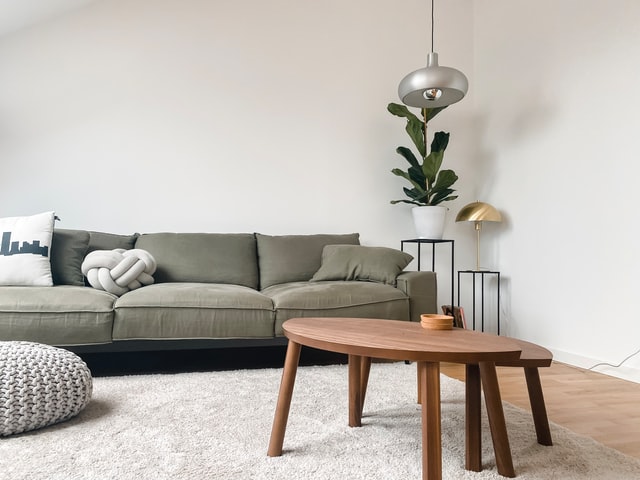 When applying hydrogen peroxide to the carpet, you will want to do so gently.

Use a clean cloth to rub it in lightly going in small circular motions.

It’s advisable to leave the hydrogen peroxide on for at least 10 to 15 minutes so it dissolves the stain.

If you can leave it on longer, even better.

While you can use hydrogen peroxide alone to clean your carpet, its best to mix it in a solution.

The other ingredients will help with its ability to clean.

Here are some examples of the solutions, you can make.

Apply the solution with a toothbrush until the stain is gone. Rinse and repeat if necessary.

If the stain is wet, start by dabbing up as much as possible.

Then sprinkle the area with baking soda.

Mix the hydrogen peroxide and dish soap and pour the solution over the baking soda.

Use a cloth to help it to soak into the carpet.

Let it sit for about fifteen minutes and us a vacuum to remove the cleaner. Repeat if necessary.

This one is not so much a solution, but it’s still an effective way to use hydrogen peroxide to clean your carpet.

It works particularly well on older stains like wine and urine that have set in.

The method will require spraying the stain with hydrogen peroxide.

Then cover it with an old towel. Use a steam iron to iron over the towel.

Make sure the iron is set to the lowest setting and avoid inhaling the steam.

If you look at the bottom of the towel, you will see that some of the stain is lifting away and transferring onto the towel.

Continue ironing for about 15 minutes.

Then take a new towel and use it to cover the stain.

Put something heavy on top of it like a book and leave it there overnight.

In the morning, the stain should be gone.

What Not to Mix Your Hydrogen Peroxide With

If you are using hydrogen peroxide as a cleaner, you never want to mix it with oil or anything else that stains your rug.

You also won’t want to mix it with bleach which can lighten or discolor your rug.

What Type of Stains Does Hydrogen Peroxide Treat?

It is good at removing pet stains, blood, mildew, dyes and fruit and vegetable stains.

Precautions to Take When Cleaning with Hydrogen Peroxide

Hydrogen peroxide is generally safe, but it can pose some risks.

If you are cleaning with peroxide, keep the area well ventilated.

This will keep the solution from irritating your respiratory system. For even more protection, where a mask.

Wear gloves to protect your skin.

If you get any on your hands, rinse them immediately with soap and water and keep them under the tap for several seconds.

You will also want to take care not to get the peroxide in your eyes.

If it ends up in your eyes, flush them with cold water for about 15 minutes.

If you have pets or young children nearby, make sure to keep the peroxide bottle capped when they are around.

Carpet stains can be difficult to remove. It’s good to know that hydrogen peroxide will do the trick.

I hope this article has given you some ideas on the best way to clean your carpet with hydrogen peroxide!

If you liked this article, make sure you read these related articles too:

About The Author: Hi, I’m Jessica. I’m a Mom of 2 and I love DIY hacks, home decor ideas and non-toxic cleaning tips. I created this website to share my knowledge with a community of like-minded people who love simple, easy and safe ways to keep their home clean and inspiring. I hope you enjoy!

Guest Bathroom Essentials: How To Make Your Guests Feel Welcome

How to Clean Heavily Soiled Carpet

How To Clean Cymbals: 6 Methods To Try!

How To Clean Coins With Coke

Essential Oils For Mold: Cleanse and Purify With These Oils!

How To Get Rid Of Sand Fleas: 8 Methods You Need To Try!

Hi! Nice to Meet You! 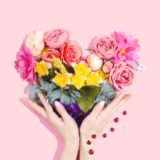 Are you loving HumeShed? We would love for you to leave feedback by clicking on the image above!
The Humes Family